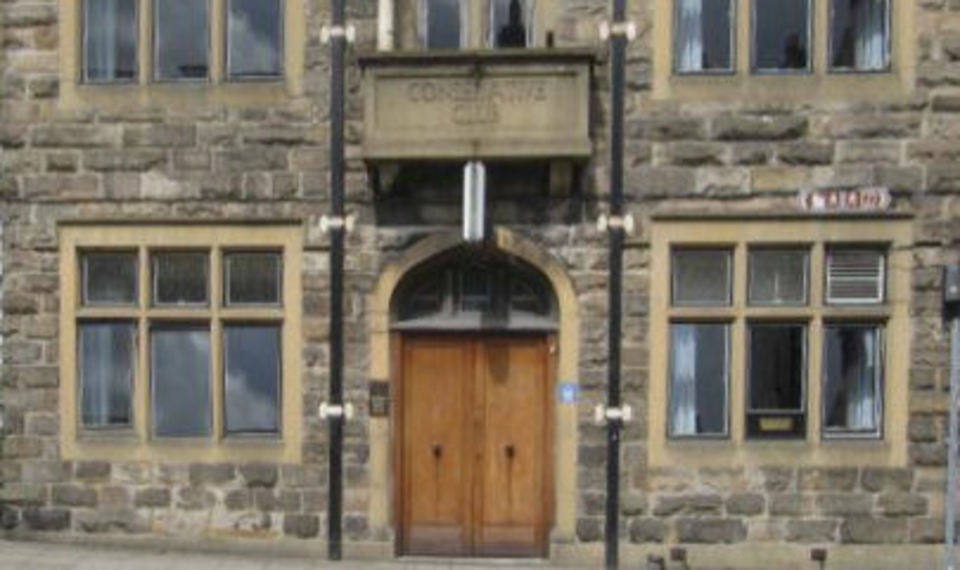 History of the Club

From Stephen Clarke's "Clitheroe  In its Railway Days"

Many months prior to the Parliamentary election of 1868, a number of Conservative working men, through the kindness of Mr, Robert Dewhurst, were allowed the use of a room in the Albion Mill, as a news-room, which also served for discussions, lectures’, etc., and resulted in the establishment of a Club, and in 1869 the premises then designated “the mechanics’ Institute”’ in Moor lane (now (1900) occupied by Mr, Bennett), were taken over by Mr, George Dewhurst, an ardent Conservative, and a most suitable man he proved as Club-Keeper.

In the year 1873, more central and commodious premises were secured in Castle Street, (The club is still at these premises today, but the building was totally rebuild in 1929 see pictures ) and over these Mr, George Dewhurst continued his duties as caretaker, down to the time of his death (1887) an event which not only proved a great loss to the Club, and his family, but to a large circle of friends to whom Mr, Dewhurst had endeared himself by his integrity, courtesy, and staunch support of the Conservative principles so dear to his heart .

The following gentlemen succeeded Mr, Dewhurst as Club Keeper:- Mr, Arthur Briggs (1887 to 1891), Mr, William Bourn (1891-2). In the year 1892 Mr, John Dewhurst, the present Caretaker was appointed to the post, and it will not be very wide of the mark to assay that he has proved himself most competent for the office.

The first President and Chairman of the Club was Mr, Robert Dewhurst. Colonel Starkie succeeded Mr, Dewhurst in the presidency and on the death of colonel Starkie, Colonel Aspinall was elected his successor, members of the Aspinall family are members to this day.

We are located at:

If you have any queries or wish to make an appointment, please contact us: